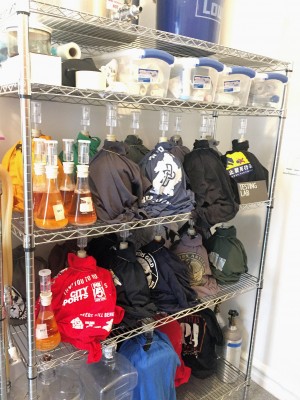 The current state of my sour beer cellar. 20+ vessels (mostly 1-gallon) in various states of aging.

It’s been well over a year since I started my bioreactor project. What started as a method to maintain a single ‘house’ mixed culture has grown into maintaining 3 separate and distinct mixed cultures. Each of these cultures is refreshed every 4 months by brewing a new 3-gallon batch of beer and splitting it into (3) 1-gallon jugs for each culture. In addition to the 1-gallon refreshes, with every refresh I grow up a separate large slurry of one of the cultures and pitch it into a larger 3-gallon test batch.

Over a year in, the first of the cultures, “Culture A” (I know, very creative) has begun to produce the first finished 1-gallon batches of beer. The recipe for this beer and review is below.

“Culture A” started its life as bottle dregs grown up from the following commercial beers: 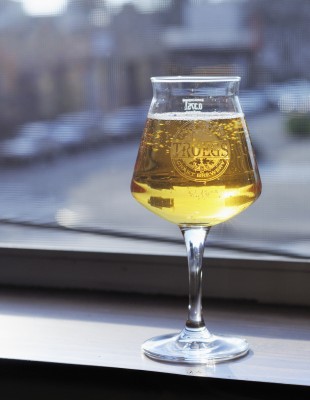 Aroma (9/12):
Quite fruity and tart on the nose with aromas reminiscent of sour cherry, berries, and perhaps a little tart apple. There is a fair amount of Brett funk on the nose—hay, leather, wet earth, and then some cinnamon-like spice with a touch of plastic-like phenol.

Appearance (2/3):
The beer paints a deep golden hue with crystal clarity. The beer pours with a nice, white foam, but quickly dissipates, likely due to lactobacillus’ ability to degrade foam positive proteins.

Flavor (13/20):
The beer leaves an initial impression of stark dryness and acidity though manages to balance with just a touch of residual malt sweetness. There is a low crackery malt character that is amplified by a hint of Cheerios-like THP. The beer has a tannic character that is reminiscent of apple skins. Most of the funk exhibited on the nose is subdued on the palate. The acidity is primarily lactic in nature, which is somewhat surprising considering the abundant amount of head space that was in the carboy during aging.

Mouthfeel (3/5):
The beer manages to feel crisp in spite of what is a fairly low level of carbonation. The acidity is soft and round not sharp or biting. A little bit more carbonation would be a welcome addition.

Overall Impression (6/10):
This is a very nice, refreshing sour beer with just enough funky Brett aromatics to keep it interesting. While blending is typical in sour beer production, this beer manages to remain somewhat balanced without any additional intervention.

Step One: Enjoy sour beer.
Step Two: Propagate live mixed-culture from the sample.
Step Three: Build up the propagated culture, and use it to brew your own sour beers.

Harvesting commercial dregs offers incredible utility to homebrewers of sour beer. By implementing cultured bugs into your recipes, you’re able to add a diversity of characteristics simply not available from commercial lab cultures.

For example, some cultures can produce tremendous acidity without any attenuation (The Rare Barrel). Others are highly attenuative, but only moderately acidic (De Garde). Taking advantage of these individual attributes, I believe it is possible to create custom blends that express the best features of individual cultures. I’ve completed sensory analysis for three sour cultures harvested from some of the best sour breweries in the country. All cultures were stepped up gradually from bottle dregs and allowed to ferment for two weeks before tasting and measuring gravity and pH. 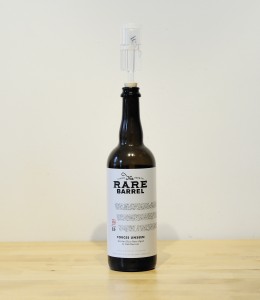 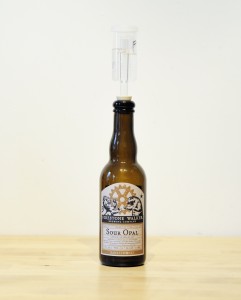 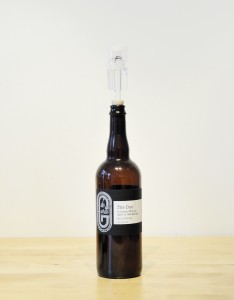 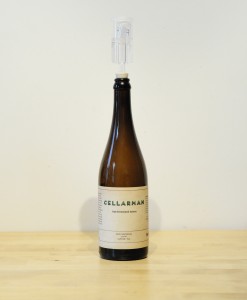 Why just drink sour beer, when you can also grow up the dregs in the bottles, propagate the sour cultures, and then use them in your own beers? This is the premise of my new ‘Grow Your Own’ series. The idea is simple. I’ll be propagating the dregs from some of America’s best sour beers and then do some basic analytic and sensory analysis on the resulting starter beer. My goal is to eventually maintain a library of unique mixed cultures that have data associated with them which can aid in their selection for future beers. I have created an evaluation form for each culture that captures analytic facts such as pH and specific gravity, while also allowing space for notes and sensory data via a spidergraph chart.

1. Spray the cap and a portion of the neck of the beer you’re culturing with isopropyl alcohol. Light it on fire and let the flame burn out.

2. Open up the beer and carefully decant into a glass. Save approximately a 1/2″ of beer in the bottom of the bottle.

3. Pour into the beer bottle approximately 200ml of sanitary 1.030 specific gravity wort. Place a sanitized stopper and airlock on the bottle.

4. Let the dregs begin fermenting at room temperature. It may take up to 3-4 days to see much activity. Let the culture do it’s thing for about 1.5 weeks.

5. Prepare 200ml of sanitary 1.060 wort in a 500ml Erlenmeyer flask. Cool and pour all contents from the bottle into the flask. I am starting with a high gravity wort at this point, as I am counting on the contents of the bottle it is combining with to dilute the sugar content. Let the culture ferment out 2 weeks.

5. Prepare 1000ml of sanitary 1.040 wort in an Erlenmeyer flask. Decant the spent beer off the culture and pour into the new starter wort. Let this ferment for a couple days at which time it is ready to be used in a beer. 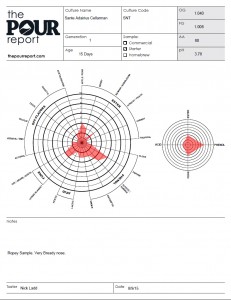 To begin this project, I started with a phenomenal beer call Cellarman from Sante Adairius Rustic Ales in Capitola, California. This was one of my beer highlights of 2015 (thus far), and I’m really stoked to have their culture in my micro-library. The culture was very fresh and took off quickly. While fresh, the beer was able to develop some mild acidity, and lots of spicy and slightly funky Brett notes.

You can read the full analytic and sensory analysis for this culture, here.