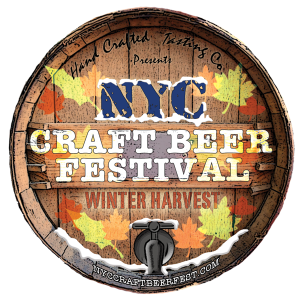 I love winter beer. I love beer festivals. When you combine the two, magical things happen. December 1st is the NYC Craft Beer Festival – Winter Edition which fulfills the festival half of the equation, but seems a bit light on the ‘winter’ half of the equation.

Gauging from the beer list that has been published, it looks to be pretty similar in size and scope to The Brooklyn Pour I attended in early October. I count 109 different beers or ciders from 64 different breweries. Frankly, for a festival billing itself as ‘featuring winter seasonal beers’, the list is very light on winter warmers or other body-warming styles of beer. The list is dominated by flagship brands with relatively few options to try things out of the ordinary or not readily available. Judging from the brands represented it seems that most are being brought by distributors and not the actual breweries themselves; a lost opportunity for breweries to win over the types of rabid beer lovers that attend these events. Mediocre list aside, there are a handful of gems on the list:

Originally scheduled for early November, Hurricane Sandy forced a change of date and venue. The organizers will be holding a supply drive for those in the Breezy Point neighborhood of Queens.

I’ll be there with a full review after the event has come and gone.