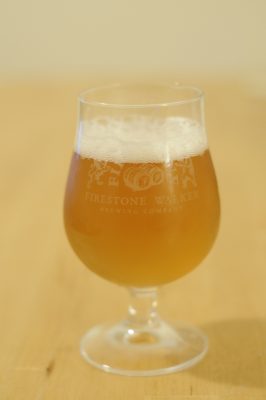 Belgian Golden Strong – Not My Finest Moment as a Brewer

A natural temptation for any homebrewing blogger is to write only about their greatest achievements. After all, for most of you reading this, your only way of judging my brewing abilities is through the write-ups I share.

Though this approach to sharing would undoubtedly boost my ego, I find it misleading and limiting as we all seek to better ourselves as homebrewers. Sometimes, I brew a beer that simply sucks. Whether through flawed recipe creation, poor technique, fickle yeast, or acts of God, bad beer happens. This is a fact for most homebrewers and one of the truths we can own without facing any real consequences. Sometimes the cost of a batch isn’t worth choking down a sub-par beer. Luckily this isn’t a big deal for us since our costs are low and we’re not driven to sell our creations—something, perhaps, that some commercial brewers could learn from.

Rant aside, this beer was unfortunately a dumper. While the recipe itself is solid, I made two critical mistakes.

First, I rushed the process, crashing the fermenter and bottling the beer way too early. When I crashed the beer, I was left with an overly sweet, under-attenuated malt bomb. This particular strain of yeast likes to take its sweet time to completely attenuate and I simply didn’t allow it to. After I bottled and stored the beer at room temp, fermentation began again, creating dramatically over carbonated beer. Luckily I bottled the beer in very thick Belgian bottles, which prevented any bottle bombs.

My second mistake came when I cold crashed the beer. Hoping to prevent air suck back through the airlock as the beer chilled and lost volume, I decided to bung up the Better Bottle. Unfortunately, some CO2 was still being generated by the ferment, which popped off the bung, and left the carboy open to the atmosphere for about 16 hours. This oxidized the beer and gave the malt a honeyed sweetness that didn’t help what was already a sweet beer.

Needless to say, I learned from these mistakes and hopefully won’t repeat them. If this can prevent even a single beer being dumped by others then my work was worth the effort!

Aroma (7/12):
Lots of intense fruit aromas jump from the glass. There is plenty of pear and apple esters as well as just a minute amount of cherry. There is a medium-plus banana or bubblegum ester which I’m particularly sensitive to (and not a huge fan of). There is a hint of peppery phenolic spice that adds a bit of complexity to the fermentation character. While the nose is dominated by fermentation byproducts, the malt comes across as quite bready and sweet with some honey-like undertones. The malt is just a touch oxidized with some prune-like aroma.

Appearance (1/3):
The beer is a very light blond color with some haze. The beer pours with a big white head with cascading bubbles from the ample carbonation. Good retention and lacing.

Flavor (11/20):
The beer has a lot of malt flavor, frankly more than I’d hope to find in this style. There is a honeyed pilsner character that is particular to Belgian pilsner malts that I’ve used in the past. Unfortunately, there is also an undercurrent of light oxidation with some subtle dark fruit notes. There is a bit of low sugary sweetness that is the antithesis of the hallmark of the style. The fruit flavor is high with lots of characterful fermentation elements including fruity pear and apple esters. The high fruitiness blends with the residual sweetness to give an overly sweet impression. Bitterness is very low—a bit more would be welcome.

Mouthfeel (4/5):
High carbonation bursts from the beer giving a very prickly, almost sharp mouthfeel and scrubbing what would otherwise likely have been a somewhat syrupy beer.