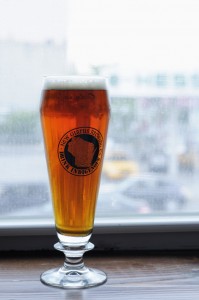 What qualities would you want in a “desert island beer”? Personally, I’d want something with low enough alcohol to consume in quantity, something relatively dry with some malt intrigue, and something balanced; in other words, a Vienna Lager.

The Vienna Lager is a bit of an enigma. The classic Continental examples are pretty much extinct. I have yet to find a European version that matches what I imagine a classic Vienna Lager to be. Immigration of Austrian brewers to Mexico in the late 1800’s brought the style to the New World, creating the distant relatives of the modern beers we see imported today. Common examples like Dos Equis Amber and Negra Modelo (which are tasty in their own right), are adjunct laden, sweeter versions of their Austrian forefather’s beer. The best examples today come from American craft brewers. Places like Chuckanut Brewing and Devil’s Backbone make my favorites and are perennial award winners at the GABF. These incredible all-malt examples have a slight sweetness and complex, yet not overbearing malt character, finishing slightly off-dry. This is what I’ve tried to emulate; using a recipe that takes a similar approach as Brewing Classic Styles, blending the trifecta of Pilsner, Munich, and Vienna malts. I personally don’t feel like crystal malts have much place in a good Vienna Lager; perhaps a touch for head retention. If you’re at NHC 2013 in Philly, come by the NYC Homebrewers Guild booth during Club Night where I’ll have this beer flowing.

Judged as a BJCP category 3A Vienna Lager.

Aroma (11/12)
Subtlety complex toasted malt character with some biscuit and almost sourdough-like bread qualities. There is a hint of sweetness on the nose. Just a whisper of sulfur reminds you you’re drinking a lager. No esters, alcohol, hops, or diacetyl. Extremely clean.

Appearance (2/3)
Brilliant rich copper color with a white head. A little more carbonation would improve the initial head, but it could use better persistence.

Flavor (16/20)
Beautiful malt character that is toasty and crisp without being caramel-laden or too rich. There is a hint of graininess that seems to be coming from a pilsner malt. The malt is crisp and balanced. There is no hop flavor, but their presence is felt in a bitterness that is medium-low with enough intensity to keep the beer crisp while allowing a lingering malt sweetness to persist through the finish.

Mouthfeel (3/5)
This beer is slightly undercarbonated leaving it with a somewhat full mouthfeel. Beer finishes relatively dry and perfectly to style. More carbonation would help make this an even more drinkable beer.

Overall Impression (9/10)
This is one of my favorite beers to brew and consume. Creating a clean, low-alcohol lager is a well-rewarded challenge. There is some nice malt complexity that is clean and crisp making it easy to both drink in quantity while also stimulating your palate. It is a beer that can you can dissect the flavors and aromas of one-by-one, or simply slam a boot of. Next time I brew, I’ll likely add some dextrin malt to improve the head persistence, slightly bump up the percentage of Vienna malt (while lessening the Munich II), and go back to my favorite lager yeast (WLP833, the Ayinger strain) which seems to attenuate a little bit better.