When not brewing, I work as an architect. While there is seemingly little cross-over between the two, both are analogous in their diverse blend of science and art. One thing my day job has brought to my brewday is the concept used in construction of critical path scheduling. While not the sexiest topic to talk about, it has given structure and efficiency to my brewdays. 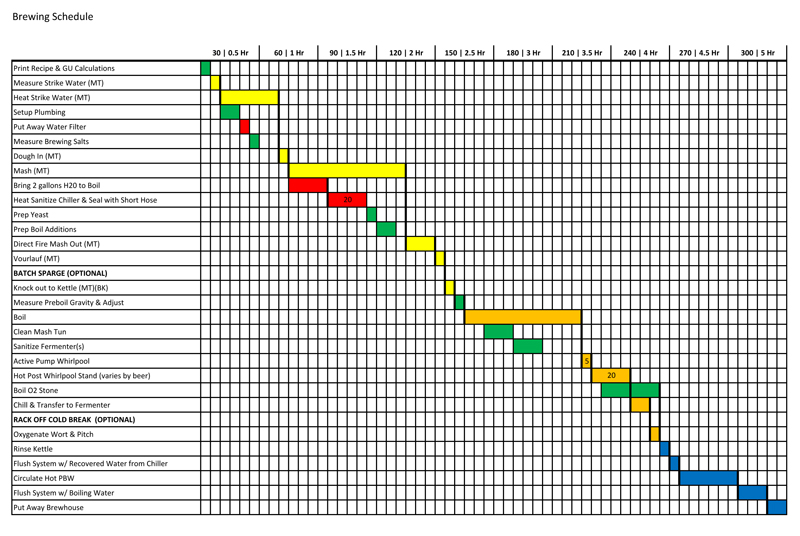 Geeky, yes, but it works. If you really want to geek out, you can download my Excel spreadsheet, here.