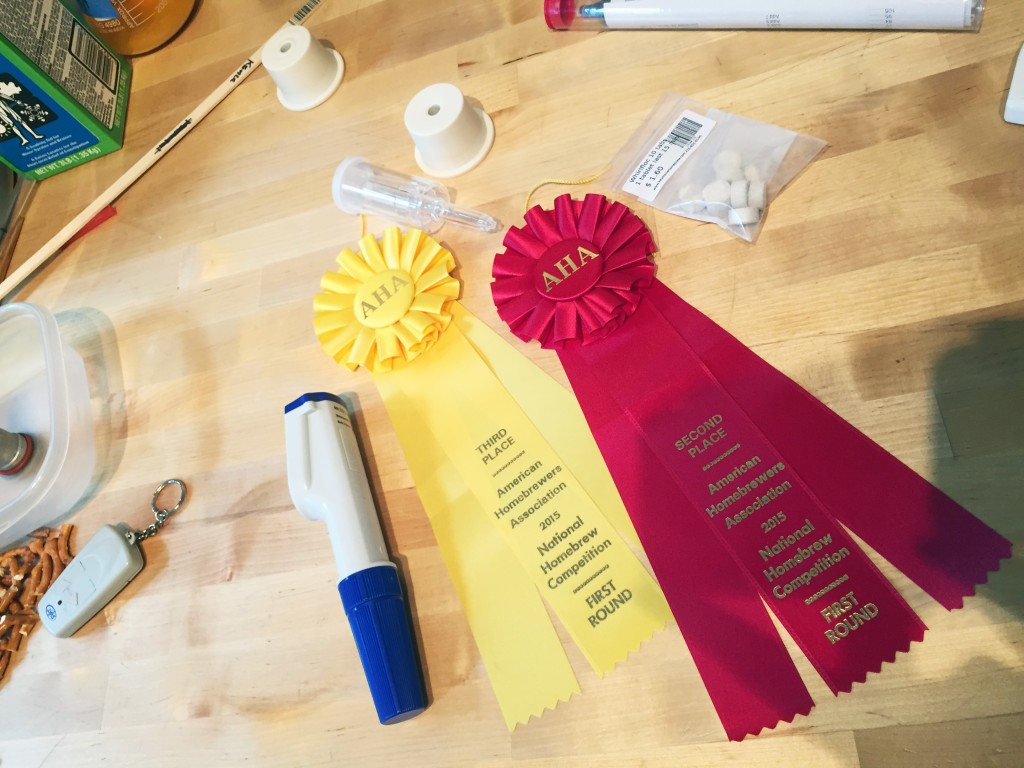 Every year, the AHA surveys its members and then sets a individual entry cap based on the level of interest. This year, that cap was set at five beers.

With the cap in place, I selected five beers which I thought had the best shot and sent them to the NYC regional center for judging:

For a variety of reasons (flight order, judge fatigue, judge bias, cellaring errors, etc.) there can be some variability with judging. Because of this, I generally feel really good when I’m able to place half my beers in a competition of this size. All in all, I’m pretty happy pushing two beers on to the next round. Although I slightly missed the high bar I set each year, I am reassured knowing that all the beers with exception of one scored quite well.

The outlier in the group was my Vienna Lager which was dinged quite hard for the perceived presence of diacetyl by one of the judges scoring the beer, and for being too ‘big’ by the other. I am personally very sensitive to diacetyl, and this illustrates how judges can sometimes confuse certain beer flavors (in this case, a light touch of caramel) with off-flavors (like diacetyl), particularly in a lager category where judges often search for off-flavors. Other than this scoresheet, the judging was quite good. My only other complaint would be that the bock category did not have any BJCP judges scoring the category.

For the curious, I’ve posted my scoresheets here. With some luck, I’ll be shaking Charlie Papazian’s hand during the awards ceremony at the National Conference.