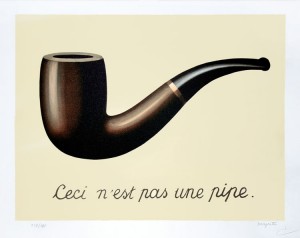 This is not a pipe. – Magritte

This is not a Lambic. Many folks would call this beer a ‘pseudo-Lambic’ (pLambic), but I’m not a fan of the term. What is clear, however, is that this is the beginning of a new tradition of wild fermentation for my homebrewery.

Traditionally, Belgian Gueuze is produced by blending portions of 3-, 2-, and 1-year old Lambic. My aim with this project is to create a similar beer, using a similar recipe and methodology, while using cultured microorganisms. With some luck, this beer will become the 3-year-old aged component of a Gueuze-like blend. Of course, there are differences. Foremost, my beer is not fermented spontaneously with microbes resident in my brewery; I live way too close to the Gowanus Canal to do that. Instead, I am relying on a blend of both yeast and lactic acid bacteria produced by Wyeast and then splitting the fermentation into secondary fermenters containing a variety of cultured commercial ‘bugs’. 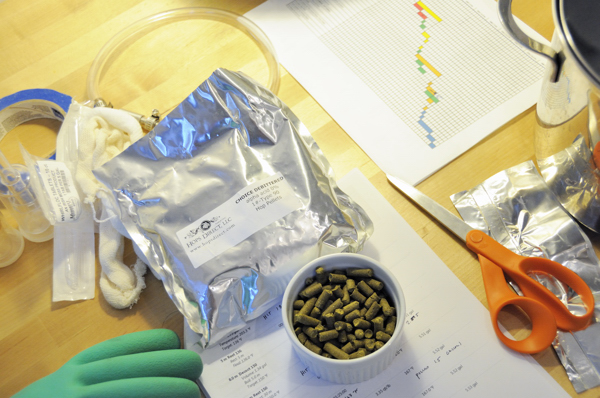 Aged hops were acquired from Hops Direct and used in the boil. They were quite … cheesy. 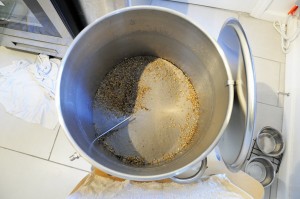 Odd looking gray goop leftover in the mash tun, a result of the turbid mash.

For this beer, I am using a very traditional blend of raw unmalted wheat and pilsner malt. I undertook a traditional turbid mash which, in a nutshell, involves pulling liquid from the mash, boiling it, and then returning it to the mash in order to hit specific temperatures. By boiling the thin portion of the mash (as opposed to the thick portion in decoction brewing), you end up denaturing a large portion of enzymes and creating a starch-filled ‘turbid’ wort. All of this is done with the intent of creating a very dextrinous wort providing fuel for the extended fermentation that this beer will undergo. 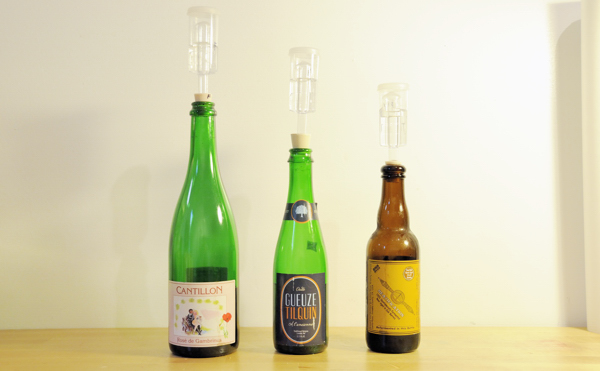 Three cultures are being stepped up and added into separate secondary fermenters.