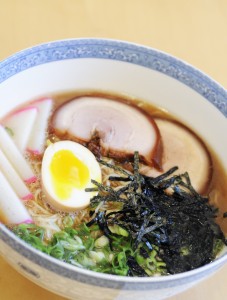 Ramen is a (really) big deal in Japan. The packages of dried noodles and seasoning familiar to most Americans is a staple in college dorm rooms and something I’ll occasionally eat for a quick lunch, but can’t hold a flame to ramen featuring lovingly prepared broth, springy alkaline noodles, and fresh toppings. Both iterations may share a similar heritage, but the differences between the two are night and day.

The soup base is a modified version of David Chang’s ramen broth from Momofuku Noodle Bar. My version is simila–combining kombu (dried kelp), dried shiitake mushrooms, roasted pork neck bones, and aromatic vegetables (shallot, green onion), while omitting the chicken that Chang uses. The cooking process is staged over a long period and best prepared a day in advance. For those looking to recreate this, you can read about the process here. After cooking, the broth is further seasoned with soy, mirin, a small amount of the pork belly braising liquid, and a splash of rice vinegar. 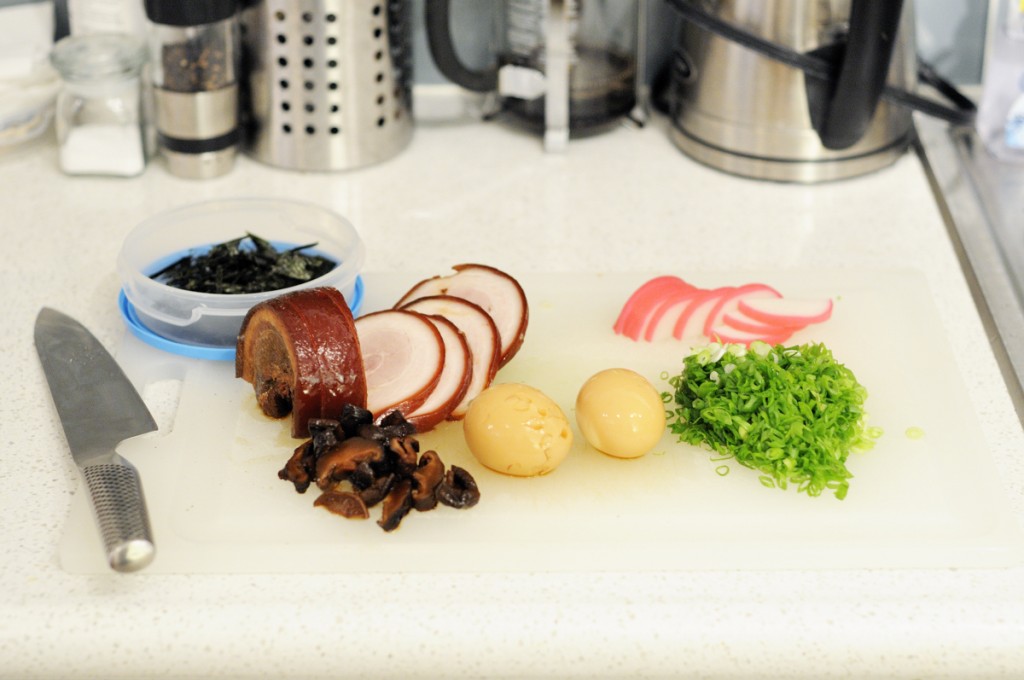 Braised Pork Belly
The braised pork belly was created using this recipe. Again, this is best prepared a day in advance in order to allow the pork to marinate in its own braising liquid for a day. This results in a succulent, sweet and salty topping for your soup.

Ajitsuke Tamago (Marinated Soft Boiled Egg)
The eggs were soft boiled (time dependent on egg size and boil vigor) and then left to marinade in a 1:1 combination of soy and sake which was sweetened to taste with sugar. 3-4 hours seems to be a sweet spot to ensure the whites of the eggs are well seasoned without going over-board on saltiness.

Pickled Shiitakes
Also inspired by David Chang, the reconstituted shiitakes were pulled from the stock and then cooked in a pan with a mixture of soy, balsamic vinegar, and mirin as well as a few chunks of sliced ginger. They were then put into a container and left overnight to pickle.

All of the other toppings were bought prepared from an Asian grocery store, sliced, and then used to top the soup.

But, what about the noodles? Frankly, the noodles I used were a disappointment. I went to a well-stocked Chinese grocery store, which unfortunately had a rather disappointing selection of dried ramen noodles. Ideally, you can source fresh alkaline noodles to use in the soup. I am still working on sourcing a good manufactured noodle in NYC. I suppose I could make my own noodles. Maybe someday… 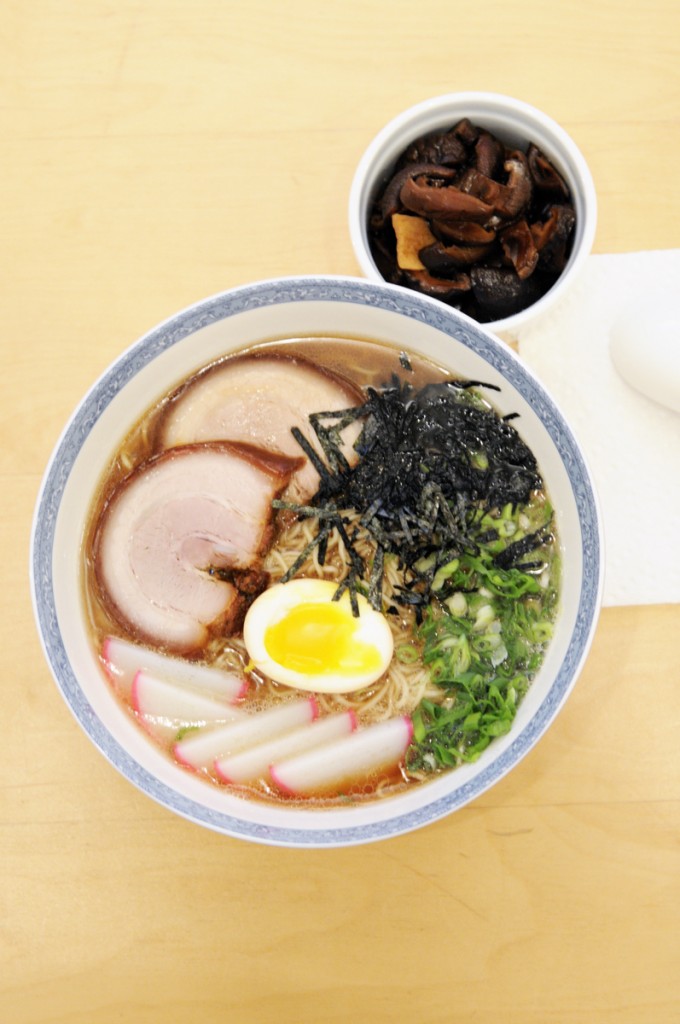 The Final Product – Worth the Effort