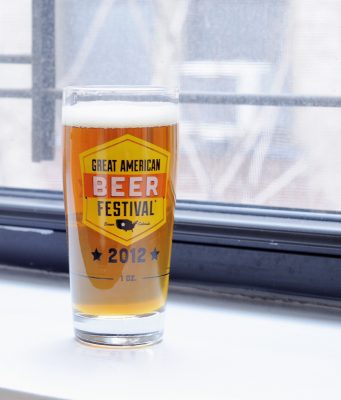 “Balance” is one of the most overused (and misunderstood) terms used to describe beer. It is a characteristic thrown around by brewers and beer geeks alike as a silver bullet for communicating a positive impression of a beer. It is often cited as the end game which all beers should strive to achieve.

Discussing balance is problematic as the concept is not often understood as a way to describe the interplay between a broad spectrum of flavor, aromatic, and mouthfeel sensations within a given beer. For many beer drinkers, implicit to the concept of balance is the thinking that for each polarizing character a beer may possess there must be a counteracting character of equal stature to achieve “balance”. This neutralizing character is almost always malt character and sweetness. Malt seems to be the agent of neutralization for hop bitterness, roasted bite, sharp acidity, alcoholic heat, overly dry attenuation…the list goes on and on.

I believe that this concept of balance is somewhat limiting. I prefer to use balance as a metric for describing where a beer lands on the continuum of various traits. Parity between divergent traits may mean a beer has equal balance, but a beer can be also be balanced towards any number of traits and still be viewed as equally delicious. A beer can be malt-forward, hop-forward, barrel-forward, acidity-forward, or described in any number of other ways. This allows us to look at the commercial spectrum of highly acidic sour beers, fruit bomb IPAs, and sugary sweet barrel-aged beers, and realize that equal balance is not always the most sought after type of balance in a beer.

That said, this recipe for an English IPA strikes a balance between malt and hops which makes it incredibly enjoyable and sessionable. I’m a huge fan of the floral, and slightly earthy, character a large does of East Kent Goldings gives this beer.

Aroma (12/12):
The beer introduces itself with a very appealing soft, yet sophisticated malt nose featuring a gentle toastiness and very light touch of toffee sweetness. There are some very low fruity esters that are fairly subdued for a British style ale. A very pretty, medium hop aroma complements the malt with elements of marmalade jam paired with a floral, dried rose element. Very nice.

Appearance (3/3):
The beer pours a striking copper with crystal clarity. A tight, frothy head of tan foam caps the glass and persists through the end.

Flavor (18/20):
The malt flavor of this beer is really great. Moderate in intensity, the malt manages to be interesting but not overbearing. Like freshly baked bread, the beer is very inviting and barely wafts just a whisper of caramel sweetness. There is quite a lot of hop flavor showcasing floral elements with a touch of sweet orange flesh. The bitterness is firm, but smooth and does not linger. There is just a touch of mineral sharpness on the finish.

Mouthfeel (3/5):
Medium body with slightly prickly carbonation that is perhaps a touch high. Beer is very crisp and clean.

Overall Impression (9/10):
This is a fantastic beer that showcases the soft nuances of British malt and hops. I love the way that this beer manages to be simple yet sophisticated at the same time. In a world where we frequently chase maximum flavor intensity in beer, we’re reminded that simple beers that showcase quality ingredients and careful craft can be every bit as enjoyable as the most complicated craft-brewed concoctions.