Less than a week after pitching yeast, my Berliner Weisse was carbonated and ready for consumption. The beer finished just in time for the NYC Homebrewers Guild annual picnic and the intense NYC heat (and humidity) wave that followed shortly afterwards. I couldn’t have made a beer in a more timely manner. At only 3.4% ABV, I was able to push it from grain to glass faster than any other beer I’ve brewed. 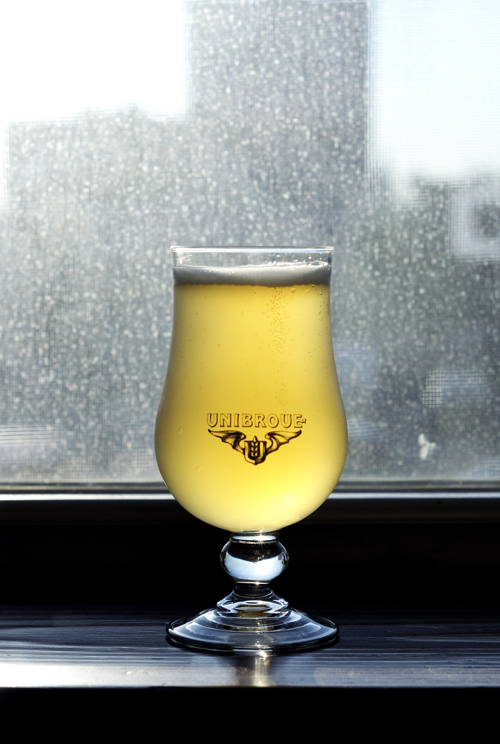 Perhaps the best beer to consume during the doldrums of a NYC heat wave?

Judged as a BJCP Category 17A Berliner Weisse.

Aroma (10/12)
Initially the beer presents with a nice and clean, tangy lactic aroma that is in some ways reminiscent of the acidity found in yogurt. In the background is a round and almost honey-like pilsner malt aroma with a hint of toasted cracker. Also apparent is a very light herbal hop aroma that is a bit out of place in the style, but welcome in such a young beer. There is a light touch of a pear ester. No diacetyl, DMS, or other off-flavors.

Appearance (3/3)
Quite hazy and very pale. There is a bright white foam that easily builds and persists throughout consumption.

Flavor (16/20)
Simple and delicious. The beer somehow manages to have an acidity that is both round and soft, while also quite intense and refreshing. The acid is clean and pleasant. There is a nice simple and easy-drinking malty character that showcases the pilsner malt sweetness while having a crisply dry crackery finish (probably from the wheat). None of the hops I got on the nose can be tasted. The malt is maybe a hair too sweet for the style. There is just a hint of perceptible bitterness.

Mouthfeel (4/5)
The dryness of this beer combines with the acidity and medium-high carbonation to be quite crisp. The body is maybe a touch full. There is no hint of thinness or the watery character that is often found in low-alcohol beers.

Overall Impression (8/10)
This is an excellent example of the style. It captures the acidity and refreshing qualities that are the hallmark of the style and hits all the right marks in terms of malt character. There are none of the off-flavors sometimes associated with sour mashes. The only detractor is that perhaps it is a touch sweet; likely caused by me undershooting my attenuation goals. To make this beer better, I would allow it to ferment for an extra day or two and hopefully squeeze a couple more points of  attenuation out of it.